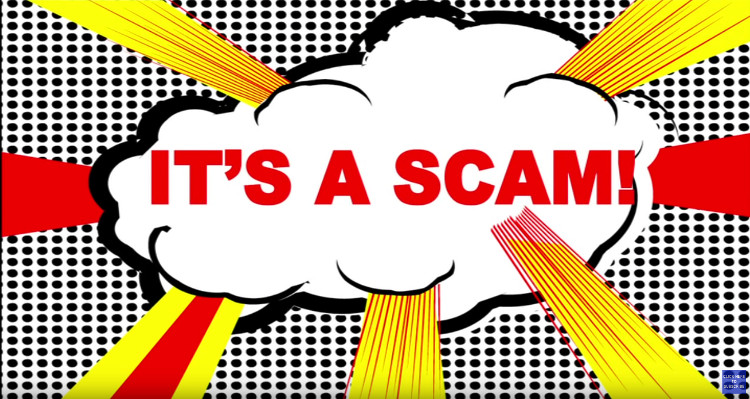 We receive inquiries every day from people who have been defrauded for hundreds and sometimes thousands of dollars by Internet contacts they thought were their friends or loved ones. Internet scams and phishing emails are attempts by con artists to convince you to send them money. These fraudulent schemes can include lotteries, on-line dating services, inheritance notices, work permits/job offers, bank overpayments, or even make it appear that you are helping a friend in trouble.

Do NOT believe that you have won a lottery you never entered or inherited money from someone you’ve never met or heard of. Do NOT believe any offers (lottery, inheritance, etc.) that require a fee to be paid up front. Do NOT provide personal or financial information to businesses you don’t know or haven’t verified.

In many cases, scammers troll the Internet for victims, and spend weeks or months building a relationship. Once they have gained their victim’s trust, the scammers create a false situation and ask for money. Scammers can be very clever and deceptive, creating sad and believable stories that will make you want to send them money.

Signs of a Scam

Before you send funds, check to see if you recognize any of the following signs, and realize that you may be a potential victim of a scam:

Internet scammers are using social networking sites to find victims. The scammers obtain a person’s login information, change his/her profile to make it appear as if the person is in trouble, then contact the person’s friends via those websites asking them to send money to help. To avoid falling victim to such a scam, always be suspicious of anyone asking for money through the Internet, including via social networking sites, and always verify a supposed friend’s circumstances by speaking to him or her directly. ALWAYS protect your online identity by securing your logins and passwords.

Adoption scams are becoming increasingly common. The perpetrators of child adoption fraud often claim to be indigent parents unable to care for a child or members of the clergy working at an orphanage seeking a good home for a child. Americans should be very cautious about sending money or traveling abroad to adopt a child from an orphanage they have only heard about through e-mails. A new twist in the conventional email adoption scam has appeared recently, and this one occurs after the victim discovers that he or she has been fooled by a scam. Once the victim suspects fraud and breaks off communications with the scammers, a new email message will arrive claiming to be from a police agency. These fictitious policemen will offer to recover the victim’s lost money. The scammers will then ask for a “refundable” fee to open the investigation or court files.

Con artists can be very creative and very determined. Be skeptical. Do not send anyone money unless you are certain that it is a legitimate request – even if you think you know the person well based on your Internet correspondence. You are unlikely to be able to recover money lost in such scams. For more information, please see :