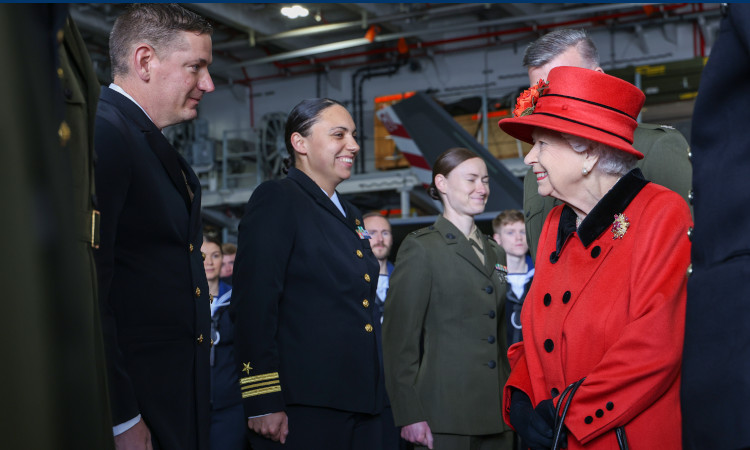 Her Majesty The Queen visited the Royal Navy aircraft carrier HMS Queen Elizabeth in Portsmouth May 22, 2021.

During the 45 minute visit, Her Majesty spoke to a selection of British and American Marines, Airmen and Sailor.

The US Marines and Sailors from Marine Fighter Attack Squadron 211 and USS The Sullivans are humbled and proud to serve alongside our UK colleagues during CSG-21.