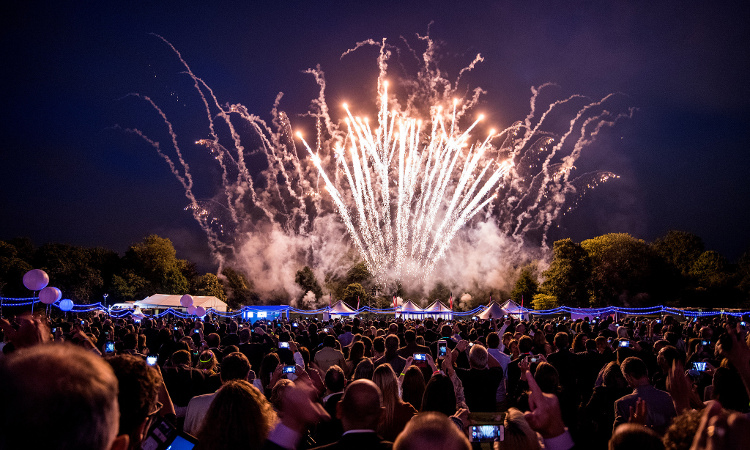 Fireworks round off the July 4 Celebrations at Winfield House, 29 June 2017.

This year the U.S, Embassy London and Consulates celebrated the Declaration of Independence a little earlier than usual.

Check out the photos on Flickr from the Embassy’s Independence Day party at Winfield House, the official U.S. Ambassador’s residence in London!

We also created a 360-degree video of the fireworks –  you can rotate the view using the control in the top-left corner: