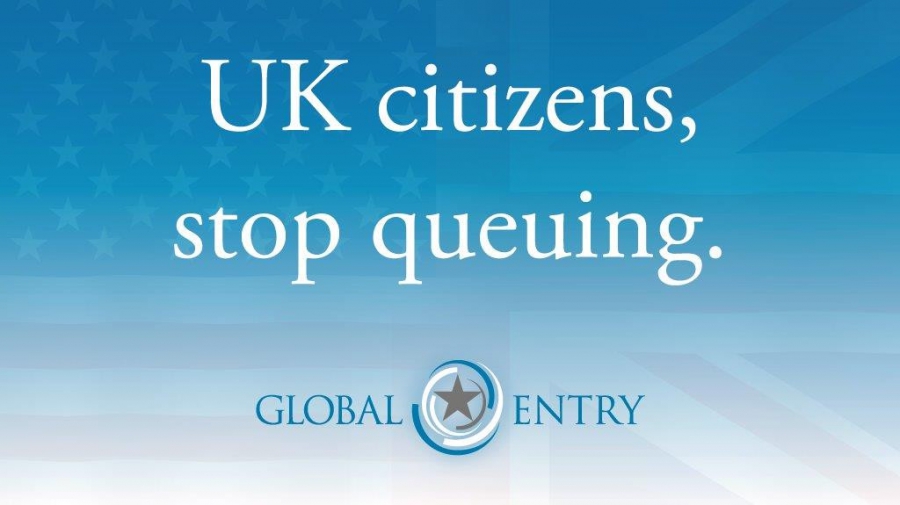 Speaking about the initiative, Consul General Daniel Lawton said: “The United States is a popular destination for Northern Ireland business and vacation travelers.  This program can facilitate and boost travel between our two countries.”

Currently available at 46 U.S. airports and 13 preclearance locations, streamlines the screening process for trusted travelers.  As an added benefit, Global Entry members are also eligible to participate in the TSA Pre✓™expedited screening program.  On arrival in the U.S., program members proceed to Global Entry kiosks, present their machine-readable passport or U.S. permanent resident card, place their fingerprints on the scanner for fingerprint verification, and complete a customs declaration.  The kiosk issues the traveler with a transaction receipt and directs the traveler to baggage claim and the exit.  Members skip queues at U.S. immigration, entering the U.S. within one minute on average.  Members are also eligible for an expedited departure program at U.S. airports that eliminates the need for members to remove shoes, laptops, belts, jackets and liquid containers as they pass through U.S. airport security.

To register for Global Entry, U.K. citizens should apply through the UK.GOV website and pay a £42 processing fee. If the applicant passes the U.K. vetting, they receive a “UK Access Code,” which applicants enter when applying for Global Entry through CBP’s online enrollment system.  The non-refundable application fee for a five-year Global Entry membership is $100. Once the application is approved, a CBP officer will conduct a scheduled interview with the applicant to make a final eligibility determination.  U.K. citizens can find out more about Global Entry via the U.S. Consulate twitter feed @USAinNI or via https://www.gov.uk/apply-faster-entry-usa