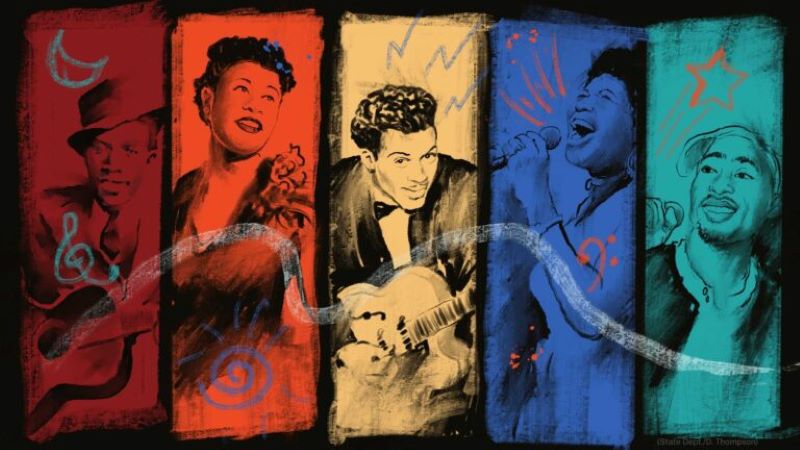 The history of Black American music in the United States spans four centuries, and now there’s a museum to honor that legacy.

The National Museum of African American Music (NMAAM), which opened January 30 in Nashville, Tennessee, calls itself “the only museum dedicated to preserving and celebrating the many music genres created, influenced and inspired by African Americans.”

Divided into six sections covering four centuries, the museum educates visitors about the history and influence of Black American music in the United States, all of which can be traced to the hymns and songs enslaved Africans sang in the 1600s.

NMAAM highlights the more than 50 genres created or influenced by Black Americans, focusing specifically on spirituals, blues, jazz, gospel, rhythm and blues (R&B), and hip-hop throughout its six galleries.

A collection of more than 1,500 objects, ranging from Louis Armstrong’s trumpet to one of Ella Fitzgerald’s Grammy awards, brings the story to life.

The museum chose its Nashville location because of the city’s historic ties to Black American music, going back at least 150 years.

American music “was born in the South, and then at the end of slavery and the beginning of the Great Migration, when our grandparents began to migrate north … they left breadcrumbs in Memphis and left breadcrumbs in Nashville and breadcrumbs in Johnson City,” said H. Beecher Hicks III, the president and chief executive of NMAAM.

Visitors start their journey at the Roots theater (left) and then progress to the six galleries, which proceed in roughly chronological order. (© NMAAM/353 Media Group)

Nashville’s famous nickname, “Music City,” dates to the international tours of the Fisk Jubilee Singers, a Black a cappella group founded in 1871 at the city’s historically Black Fisk University. The group even performed for Queen Victoria. The exposure earned Nashville the nickname and its reputation as a haven for Black Americans who created and performed music.

Since then, the city has also become known for its white country artists, music scene and recording studios. Nashville boasts over 180 music venues where artists like Johnny Cash and Dolly Parton famously performed.
However, as NMAAM makes clear, Nashville’s Black music history is equally prominent. Jefferson Street in particular was a hub for R&B music and musicians in the 1960s.

Nashville’s history and NMAAM demonstrate not just the success of Black musicians but also their influence on performers in many later American musical genres.

“Tennessee really, in so many ways, is kind of the crucible center of American music, even though in more modern times it’s been more prominent in other cities,” said Hicks. “We’re just bringing it back home.”
And as the museum declares, “Black music is America’s music.”