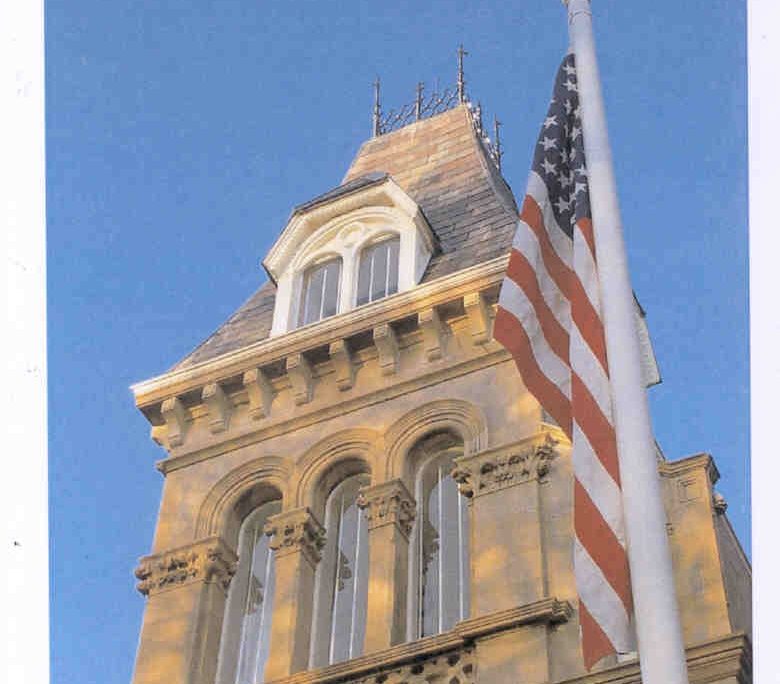 The U.S. Consulate General in Belfast was established on May 27, 1796 by the first American President George Washington, and is the second oldest continuously operating U.S. Consulate in the world.

The development of shipping and trade industries strengthened the connection between Northern Ireland and the United States and provided a major impetus for initiating an official U.S. presence in Belfast.  As an important industrial city and home to the Titanic, Belfast was widely known as a preeminent linen manufacturing town. 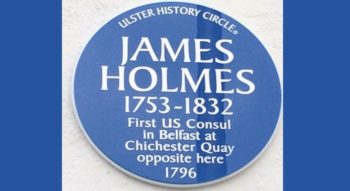 Blue Plaque at site of the residence of the first U.S. Consul in Belfast at Chichester Quay.

The relationship between the United States and Northern Ireland was further strengthened during the Second World War when over 300,000 American troops came through the province.  At this period, the Consulate was consumed with supporting the war effort and ensuring that relations between our military and the local government were conducted smoothly.  Despite wartime hardships, the people of Northern Ireland welcomed the GI’s warmly, freely offering them space in their homes and seats at their tables.

During the 1990s, the U.S. served as an honest broker in helping to foster peaceful solutions to Northern Ireland’s complex and turbulent political past.  Numerous Presidential visits, the appointment of Envoys, and high-level trade missions supported by the Consulate, attested to the deep commitment of the United States to ensuring the success of the region’s peace process.

Building on proud historic foundations and our deep Transatlantic ties, the Consulate in Belfast remains a busy and vital diplomatic mission.  Our consular function provides assistance to American citizens and facilitates travel to the United States.  We also work alongside leaders and organizations within Northern Ireland to build mutually beneficial partnerships. Through political and economic support, as well as a range of public diplomacy initiatives, we also continue to promote political, social, and economic progress across the region.