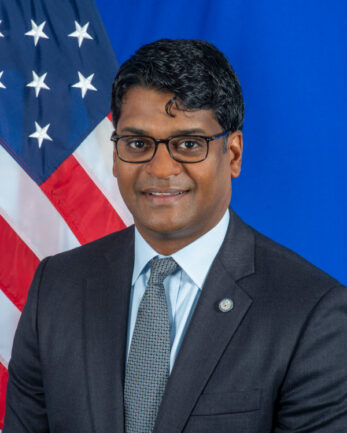 Mr. Narain earned a Bachelor of Arts from Johns Hopkins University, a graduate diploma from the Johns Hopkins School of Advanced International Studies (Bologna Center), and a Master of Arts in conflict negotiation and international economics from Tufts University’s Fletcher School of Law & Diplomacy. He was the Department of State’s National Security Affairs Fellow at Stanford University’s Hoover Institution from 2016 to 2017. Mr. Narain has studied Italian, Russian, Hindi, and Greek.