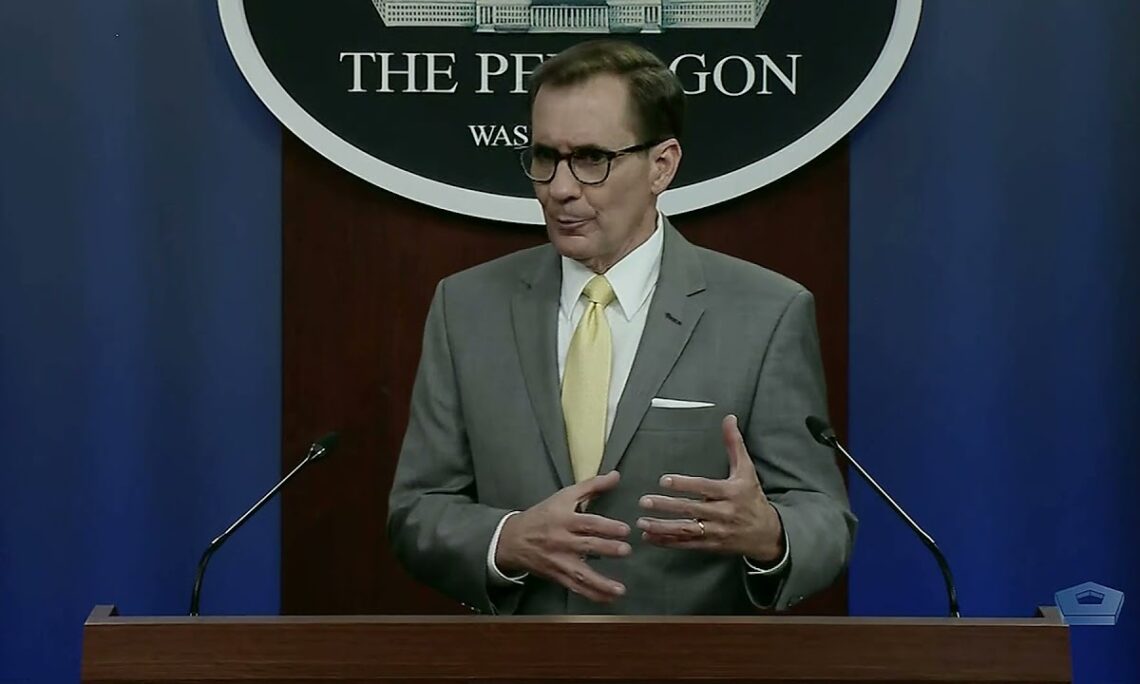 For 20 years in Afghanistan, brave Afghan nationals lent assistance to the military operations led by American service personnel. With operations in that country closing out by the end of August, the U.S. government has made plans to move those civilians and their families to other locations.

As part of “Operation Allies Refuge,” by the end of the month the U.S. is expected to begin relocation flights for eligible Afghan nationals and their families who are currently within the Special Immigrant Visa program, Pentagon Press Secretary John F. Kirby said during a briefing today at the Pentagon.

Kirby said the Defense Department has not been asked, as of now, to provide military flights to support that relocation effort. Instead, he said, the department is involved in identifying potential relocation options for those Afghan nationals.

“The department’s role in Operation Allies Refuge will continue to be one of providing options and support to the interagency effort that’s being led by the State Department,” Kirby said. “To date, we have identified overseas locations and we’re still examining possibilities for overseas locations, to include some departmental installations that would be capable of supporting planned relocation efforts with appropriate temporary residences and associated support infrastructure.”

While Kirby didn’t name specific locations, he did say “all options” are being looked at, to include locations overseas and within the U.S.

“All options are being considered and that would include the potential for short-term use of CONUS-based U.S. installations,” he said. “We’re trying to provide as many options to the State Department-led effort as we can.”

As of now, he said, no final decisions have been made.

Kirby also said the department has stood up an internal action group that will, in part, work with the State Department to help better identify which Afghan nationals might be considered for relocation under the special immigrant visa program.

“We will do what we can to help the State Department in terms of the identification of those who should be validly considered as part of the SIV process,” Kirby said. “The department remains eager and committed to doing all that we can to support collective government efforts — U.S. government efforts — to help those who have helped us for so long.”