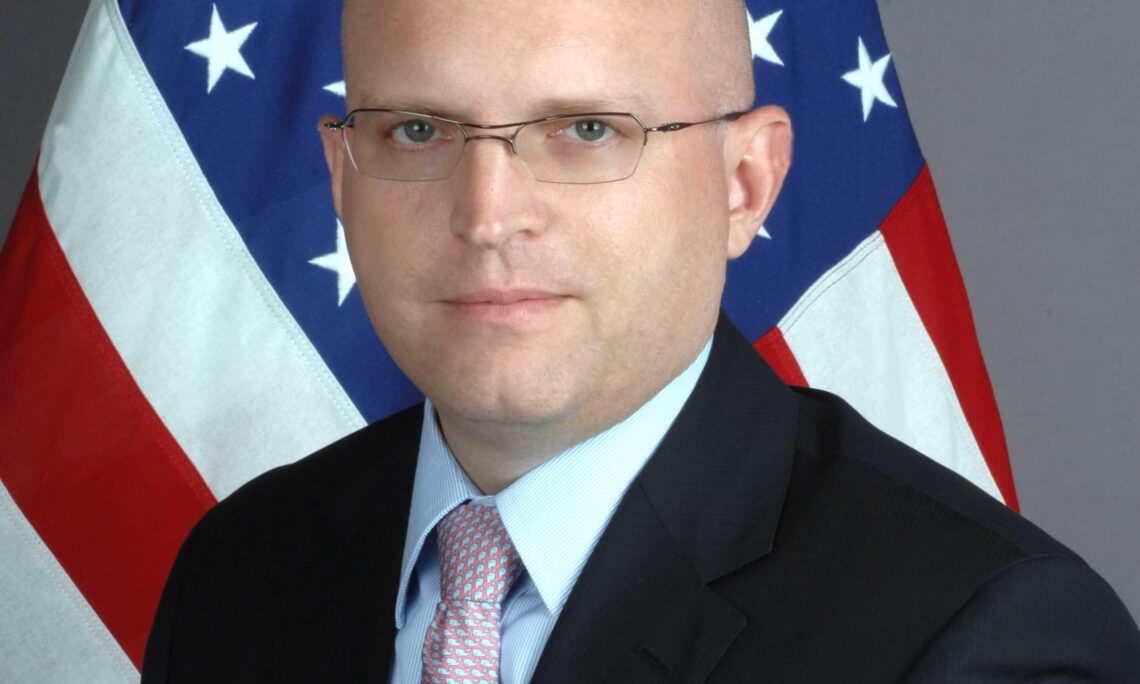 And finally, I want to thank everyone here who continues to serve our countries.  That includes those of you serving in the military.  And those of you serving as diplomats as well. Together, we all have the same mission. To move, together, towards shared goals of peace, security, and prosperity for everyone.

We are a little early for Thanksgiving, but nonetheless that is ultimately exactly what this event is all about today. And I want to start by thanking all of you – our friends and partners – for joining us here today. It really is good to be back together like this.

After various forms of lockdown, I think that’s something none of us take for granted any more. But on occasions like this, it really does feel particularly important. Remembrance, like so many things in life, is one of those things that is just better to do together.

So we really appreciate you all coming here today and remembering together.

And together we represent many different countries and cultures, but we are all gathered here today with the same purpose, which is to honor and remember with gratitude and with pride, all of those who have served our countries and given their lives in wars and other military conflicts.

And it is very moving to be here in the UK itself to do that.

For many Americans, you don’t have to go far back in your family tree, to find a family member who came over here during one of the wars. I think of my own grandfather who served in the Navy during World War 2 and was sent to fight in the Atlantic theater. And he actually came here to Britain, along with so many other men, to take part in the Normandy landings.

So that’s why for me, and for so many Americans, and so many other nationalities represented here as well, it really does have a special resonance to be in this country to remember those who once came here, and in so many cases, never made it back home.

And how profoundly touching it is to come to see how beautifully the UK not only honors its own fallen, but those of its friends and allies.

Yesterday, our Deputy Chief of Mission saw that when she went to lay a wreath at Cambridge American Cemetery, the beautiful memorial which commemorates 3,811 of America’s war dead from the Second World War, and 5,127 names of the Missing.

And this Sunday, Remembrance Sunday, I will be over at Brookwood Cemetery which commemorates those who died in the First World War, the Great War, which ended with armistice at the 11th hour of the 11th day of the 11th month in 1918. 468 Americans are buried there and 564 missing in action Americans are memorialized among 235,000 other people from all over the world, including the United Kingdom, South Africa, New Zealand, Canada, Australia, Germany, Italy, Belgium, Poland, Czechlaslovakia, France, India, Turkey.

So I really want to take this opportunity to thank all of the people here in the UK, who play a part in helping us to remember those who have made the ultimate sacrifice – including the War Memorials Trust, the American Battlefield Monuments Commission, the Commonwealth War Graves Commission.

I also want to thank the many veteran and service charities which operate here in the UK, such as the Chelsea Pensioners, the Royal British Legion, Blind Veterans UK and Bravo Victor to name just a few.

Together, we all have the same mission. To move, together, towards shared goals of peace, security, and prosperity for everyone. That, after all, is the best way we can honor and remember those who came before us, and gave everything in that same cause.