U.S. Embassy London will commemorate the centennial of our nation entering World War I throughout 2017.

We invite the public to join us in educational programs, art exhibitions, remembrance activities, and outreach events to honor the sacrifices of the past, to highlight our Special Relationship, and to stand #sidebyside in securing a peaceful future.

The centennial of WWI offers opportunities to learn about and commemorate the sacrifices of the United Kingdom and the United States in the Great War.

We hope you will join us in commemorating this centenary throughout the year.   Please tell us about your own experiences of the UK and U.S. working #SidebySide in World War I and beyond.

#SidebySide we honor the commitment and cooperation of our two nations and those who have served and sacrificed on our behalf.

The painting Side by Side by artist Dean Baer pays tribute to the close relationship between U.S. and UK troops.  It was unveiled at the British Embassy in Washington in 2008.  Mr. Baer agreed to share his work for the U.S. Embassy’s centenary commemoration activities.

The American Battle Monuments Commission (ABMC) is a independent agency of the Executive Branch of the federal government responsible for commemorating the services of American Armed Forces where they have served since April 6, 1917.

ABMC are responsible for the Brookwood and Cambridge American cemeteries: 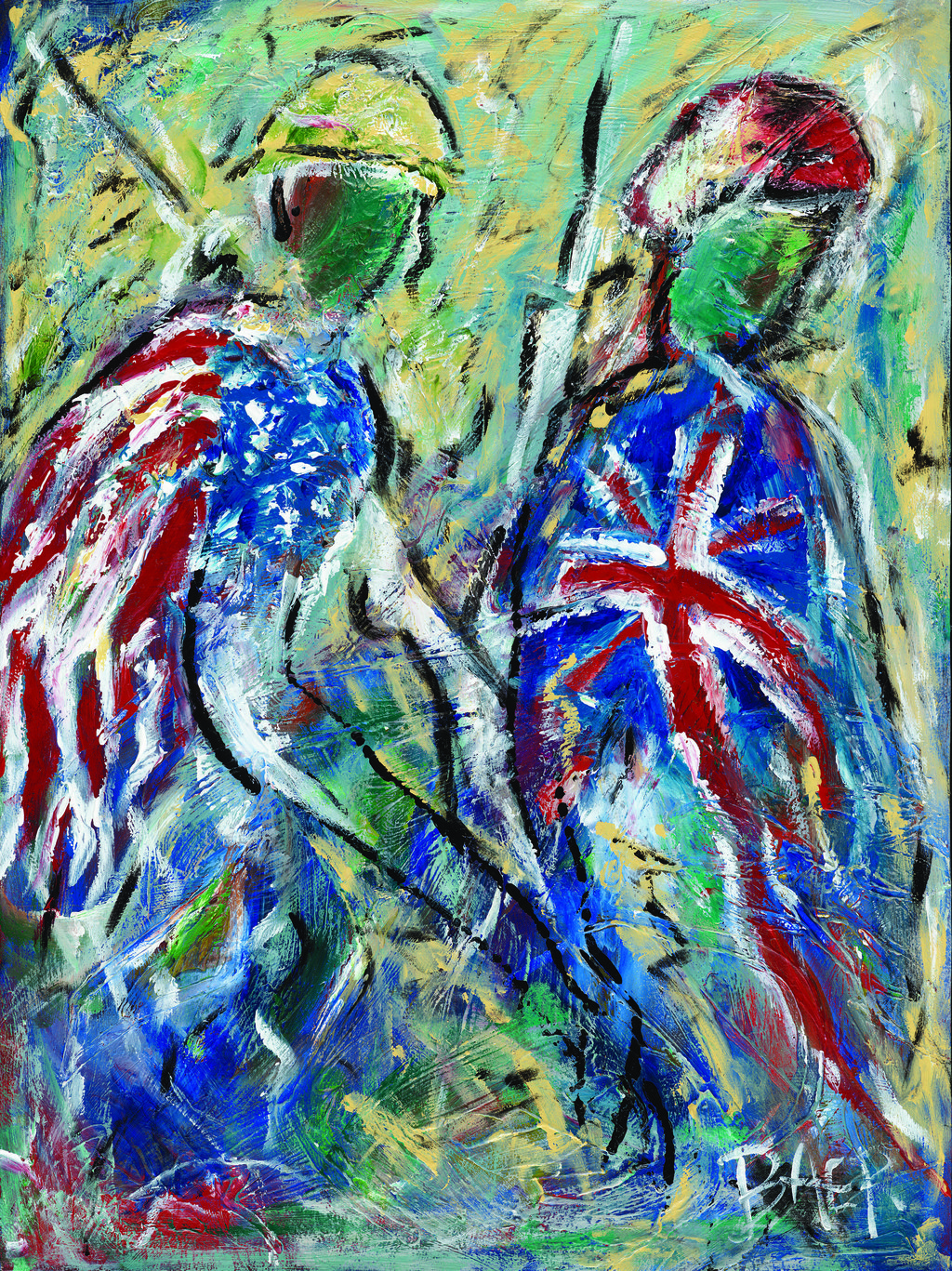