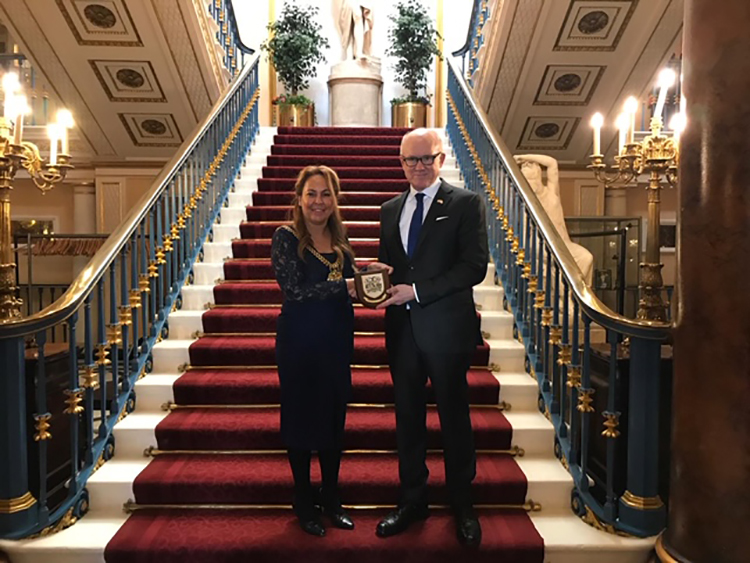 Today, February 11 2020, Ambassador Johnson visited a number of sites around Liverpool as part of his trip to the city. He was greeted by Lord Mayor Anna Rothery at the station, before travelling to City Hall, where he was given a crest of the city.

The Ambassador then visited the site of the first ever U.S. Consulate, established in Liverpool in 1790, before going to the Museum of Liverpool to see the restored gilded eagle that originally sat on the front of the Consulate building. He also got to tour the Museum, before heading to the Cunard Building.

The next stop was Western Approaches to tour the bunker from where the Battle of the Atlantic was planned, fought and won – a reminder of our nations’ shared history and values of liberty and freedom.

Subsequently, the Ambassador headed to Anfield Stadium to visit the home of Liverpool Football Club and hear about the work of the Liverpool FC Foundation in the local community, supporting ex-military service men and women back into civilian life through the power of football,

The day was rounded off with a visit to Peel Ports, touring the Port of Liverpool with companies with strong U.S.-UK ties.

Thank you to the City of Liverpool for making the visit a fantastic experience!