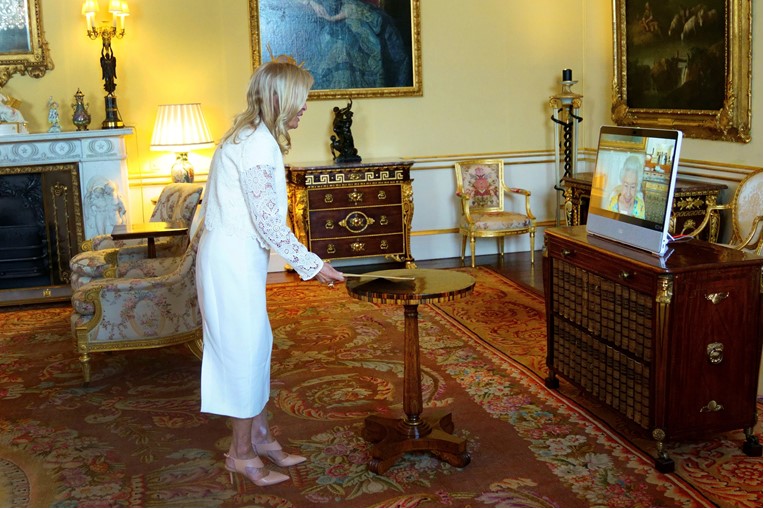 On July 19, Ambassador Jane Hartley went to Buckingham Palace to present her credentials to Her Majesty The Queen, who appeared live on video from Windsor Castle. Hartley previously served as United States ambassador to France and Monaco from 2014 – 2017 during the Obama administration. Ambassador Hartley is the 63rd ambassador to the court of St. James’s and the first to start her tenure from the new U.S. Embassy in Nine Elms, recognized for its exceptional sustainable and energy-efficient design.