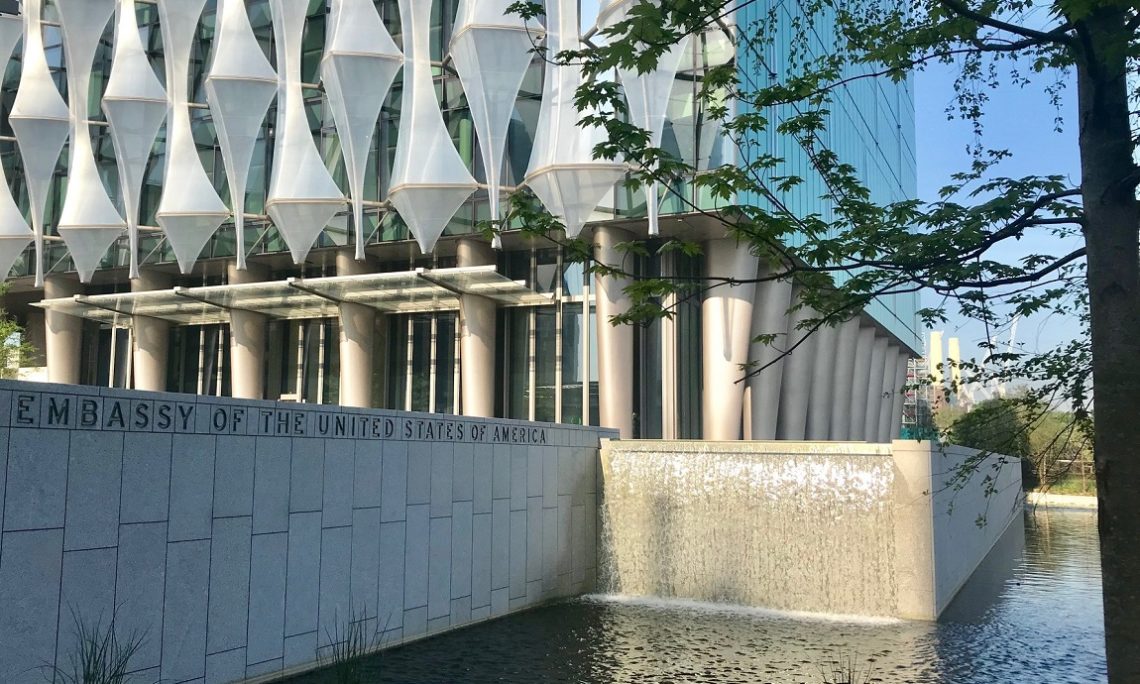 The postal address of our new U.S. Embassy in London is as follows:

A Google maps UK (maps.google.co.uk), Apple maps or OpenStreetMap search for ““us embassy london nine elms london” will yield the correct location in front of the new building.

From Vauxhall, it takes approximately 10 minutes to walk to the Embassy; proceed from Vauxhall Tube station Exit 1 for a riverside walk or from Exit 4.

Use our Walking Map (image, opens in new window) to guide you.

When you reach the Embassy, proceed to the South Pavilion Consular Services entrance. Please arrive 30 minutes in advance of your appointment to allow sufficient time for airport-style security screening.