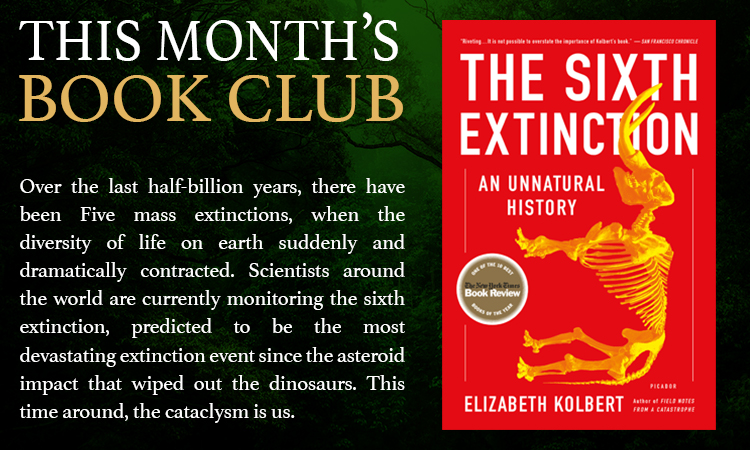 Earth Day has been celebrated since 1970 and we’re commemorating its 51st anniversary by making The Sixth Extinction: An Unnatural History by Elizabeth Kolbert our book selection for April.

Later this year, leaders from across the world will gather in the UK for the UN Climate Change Conference (COP 26) and Britons and Americans increasingly see climate change as a major threat. Winner of the Pulitzer Prize, The Sixth Extinction was also The Guardian’s #1 pick for the best nonfiction book of all time, and takes readers on an engrossing journey to show exactly what is at stake. 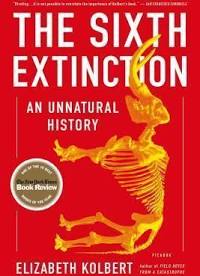 “Over the last half-billion years, there have been Five mass extinctions, when the diversity of life on earth suddenly and dramatically contracted. Scientists around the world are currently monitoring the sixth extinction, predicted to be the most devastating extinction event since the asteroid impact that wiped out the dinosaurs. This time around, the cataclysm is us.

In prose that is at once frank, entertaining, and deeply informed, New Yorker writer Elizabeth Kolbert tells us why and how human beings have altered life on the planet in a way no species has before.”

“[The Sixth Extinction] is a wonderful book, and it makes very clear that big, abrupt changes can happen; they’re not outside the realm of possibility. They have happened before, they can happen again.” —President Barack Obama

Don’t forget to follow us on social media for more updates.