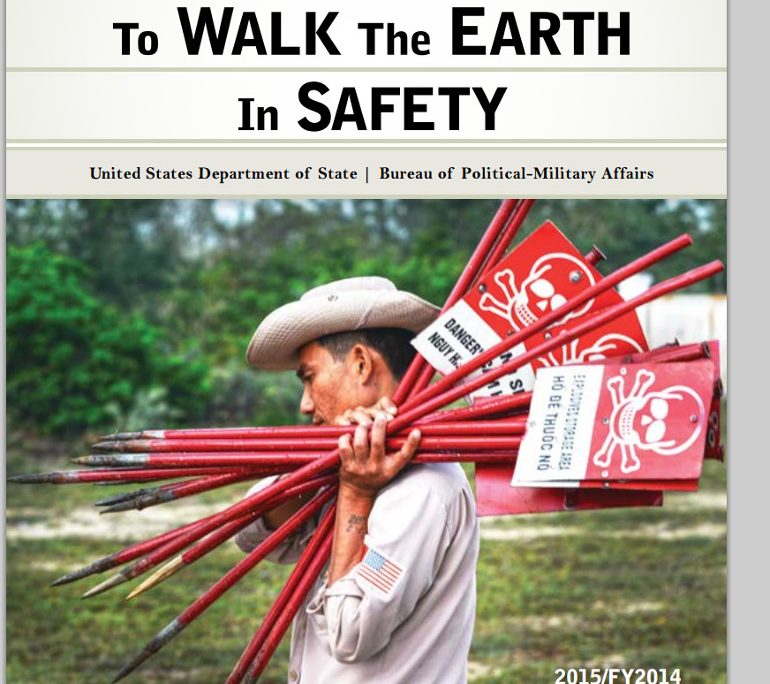 The United States is the world’s single largest financial supporter of efforts to address humanitarian hazards from landmines and unexploded ordnance in post-conflict countries and to reduce the availability of excess, loosely-secured, or otherwise at-risk weapons and ordnance. Today’s release of To Walk the Earth in Safety, the Department of State’s report summarizing the accomplishments of the U.S. Conventional Weapons Destruction Program, highlights our enduring commitment to making post-conflict communities safer and setting the stage for their recovery and development.

For additional information or to request a printed copy of To Walk the Earth in Safety, please contact the Bureau of Political-Military Affairs, Office of Congressional and Public Affairs, at pm-cpa@state.gov, and follow us on Twitter @StateDeptPM.