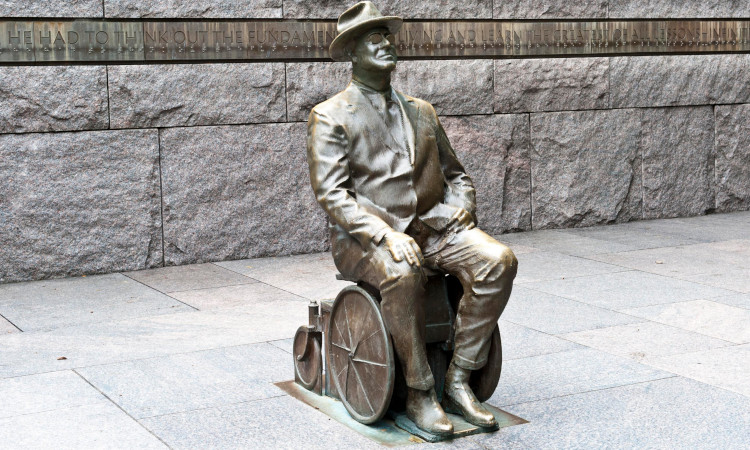 Roosevelt, crippled by polio at age 39, refused to let his disability end his political career and went on to become the 32nd President of the United States. [State Department photo by Ken White / public domain]

The Americans with Disabilities Act (ADA for short) became law in 1990 that prohibits discrimination against individuals with disabilities in all areas of public life, including jobs, schools, transportation, and all public and private places.  July 26th, 2020 marks the 30th anniversary of the ADA.

For example, since the act was passed, the U.S. Department of State has taken significant steps to focus on diversity, inclusion, and equal access. These steps have included the hiring of individuals with disabilities, providing reasonable accommodations to level the playing field, and reviewing the physical accessibility of the Department’s facilities around the world.

Discrimination against people with disabilities is not simply unjust; it hinders economic development, limits democracy, and erodes societies.  The United States works with foreign governments and civil society organizations to protect the rights of disabled persons, and ensure their inclusion and full participation.  The United States, as part of our foreign policy, works to remove barriers and create a world in which disabled people enjoy dignity and full inclusion.