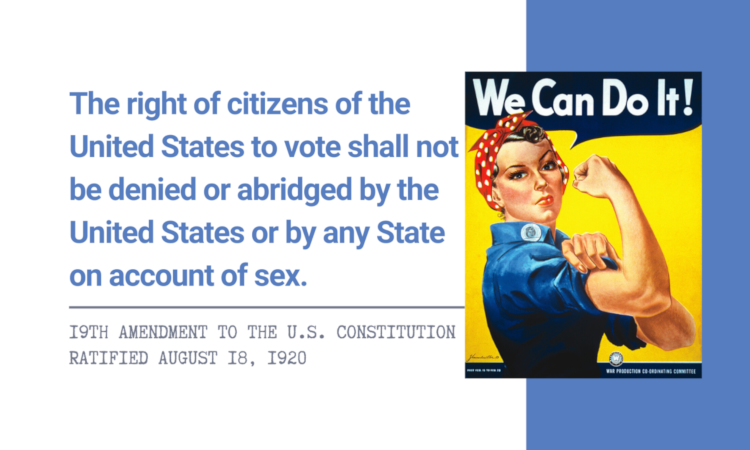 100th Anniversary of the Ratification of the 19th Amendment giving women the right to vote.

August 18, 2020 marks the 100th anniversary of the ratification of the 19th Amendment to the U.S. Constitution giving women the right to vote.

Written in 1787, the United States Constitution is the world’s longest surviving written charter of government.The Constitution has evolved through amendments to meet the changing needs of a modern society.